4 Ways to Capture the Magic of Camp in Your Photos

In 2011 Murad Osmann accidentally started a viral photo trend that I’m pretty sure everyone has seen by now. He took a picture of his girlfriend (now wife) walking through a door with her hand reaching back to grab his. This simple image started the #followmeto Instagram project; the hashtag alone has over 6 million posts.

Why should something so simple create such a strong reaction? Is it the exotic locations paired with a mysterious woman wearing beautiful clothes? I mean, it doesn’t hurt. All those things make for a great visual. What this seemingly simple image did was include the viewer in the adventure. You went from observing the image to becoming a part of the story. You were the one being pulled into the scene, and that’s the magic element.

Think of the majority of photos taken during camp. Kids are jumping onto the blob on a lake, the staff smiling in a line, and kids laughing in a tug of war game. Those are all great at showing what happens at camp, but do they help people feel what it’s like to BE at camp? It’s like viewing your friend’s vacation photos; “Here we are at the Grand Canyon, and this is us drinking the world’s largest milkshake, oh and this is us standing in front of the Utah state sign. Did we mention it was 105 out…but it’s a dry heat.”

Sure, you can look at those images and get an idea of what happened, but you probably don’t feel like you were a part of the experience. There’s no real connection. Professional photographer David duChemin talks about the importance of creating a connection in his recent blog post, “What’s Missing From Your Photography?”. “I wanted photographs that are about something rather than just of something. Photographs with a little more story in them.”

So, should you throw out the other photos and start over? Not at all. You can still use those images to tell an engaging story with a fun perspective. Document the camp experience and use these techniques to make viewers feel as though they are there in person.

Change your point of view.

We’re used to seeing images taken from the same perspective, generally straight on at adult eye level. Try making it more interesting by changing your POV. Instead of the usual group photo where everyone stands in a line and looks at the camera, try a more candid approach. Stand alongside your subjects, aim your lens down the line, or position the camera like you are looking over someone’s shoulder.

This doesn’t mean that the typical group picture is wrong or shouldn’t be used, but changing the perspective changes the emotion of those viewing the images. Put your lens at a kid’s eye level, rather than an adult’s, and take the picture. Now the viewer is a part of the action and the story.

Framing is a compositional technique that uses elements in the scene to draw attention to the subject. It can be a window, door, tree, geometric shape, a patch of light, or a shadow. Almost any object will work as a frame.

Use framing to help “guide” a viewer in the photo, highlighting what they should be looking at while also giving them a sense of the environment. Framing also helps make a 2-dimensional image feel 3-dimensional again.

Does anyone really hold still a camp? That’s a hard no! There is always movement. Most pictures show motion frozen, i.e., kids leaping off a dock or a bike launching off a jump into midair. But movement or motion can be harder to show. Experiment with techniques that accentuate movement. Try using a slower shutter speed like 1/2 to 5 seconds (most new smartphones have this ability, or you can buy an app to help you). Slower shutter speeds create motion blurs. You can also add panning with slow shutter speeds. For this technique you follow the subject as they go by with your camera. This produces a feeling of movement, bringing a static image to life.

We know camp is about friendships and experiences, but does that really come across in the images. Are you getting those moments as they occur or just recording the end result?

To truly capture strong interactions, you have to wait for them and not force them. The good thing is that you probably aren’t waiting long at camp. Take, for instance, the kid climbing the rock wall for the first time. You know there will be some key moments: her expression as she puts on a harness and nervously looks all the way up to the top. Or when her feet finally touch the ground, and all the waiting friends are excitedly cheering.

The kids pausing to smile at the camera is still a great shot, but it’s a controlled moment and loses a little of the spontaneity that makes an emotional impact.

Try these techniques to create a sense of connection with the place and the people in your pictures. Viewers will feel like they got to experience your camp, and not just observe it.

Get updates and learn from other camp & technology professionals 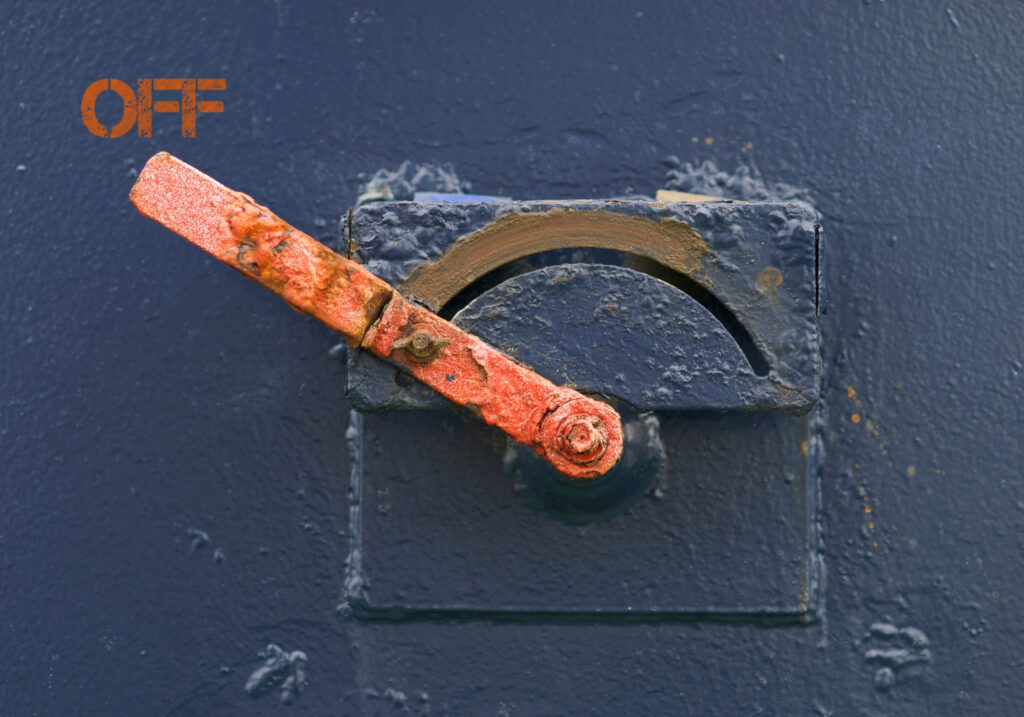 Turning Off the Camp Machine: End This Season with Next Season in Mind

How do you turn off the camp machine while getting ready for the next season? Here are 5 tips to get you started. 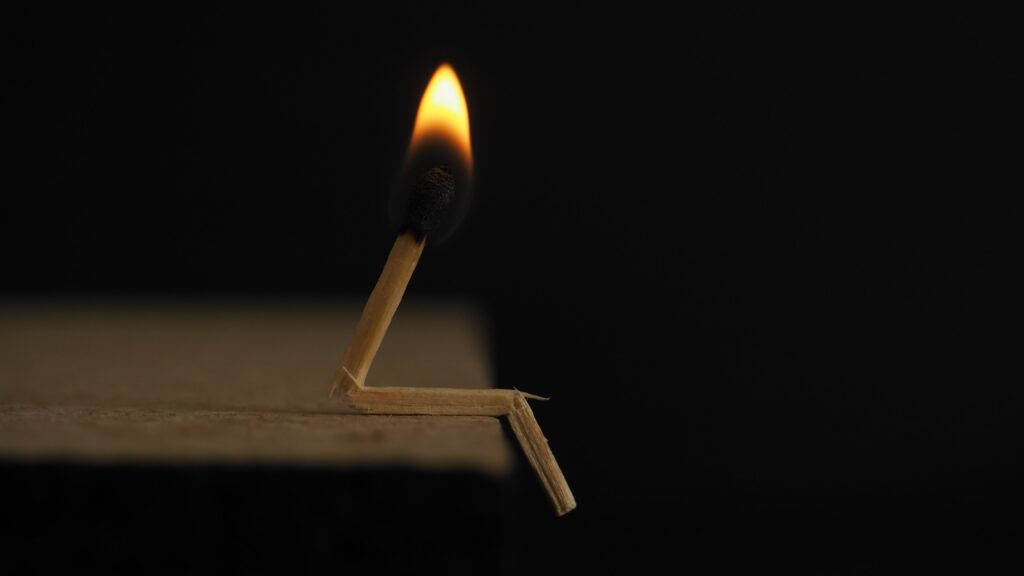 Burnout is a real issue for summer camp staff. Learn how to spot the signs of staff burnout and take steps to prevent it from happening. 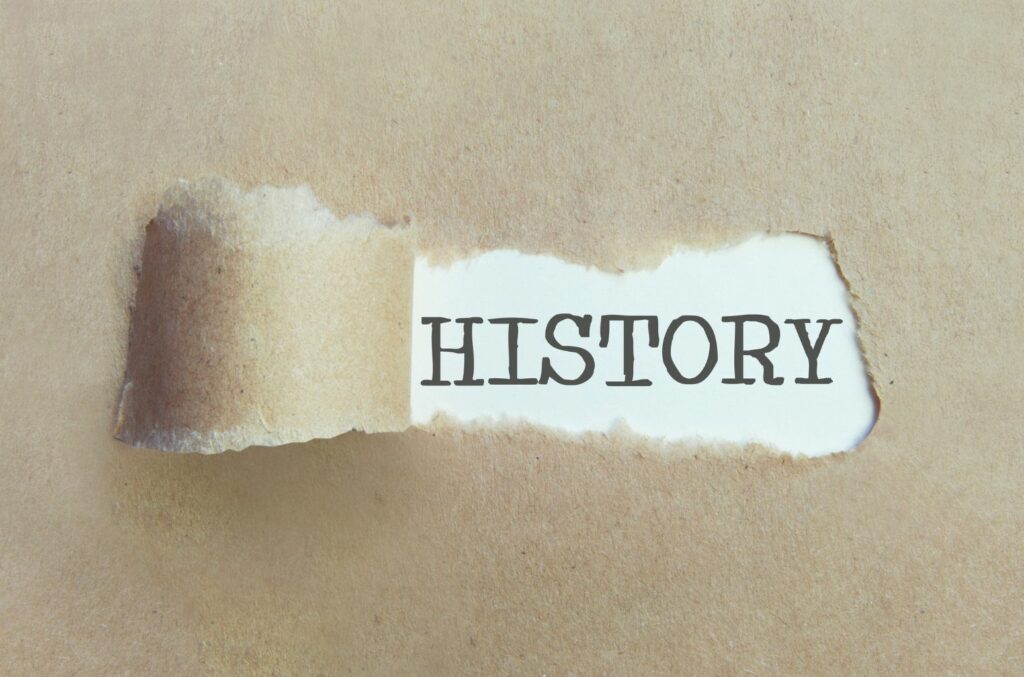 Why Love For History Can Actually Help At Summer Camp

After two years of community quarantines and shelter-in-place orders, summer camps are back in full swing for children around the country. And just in time 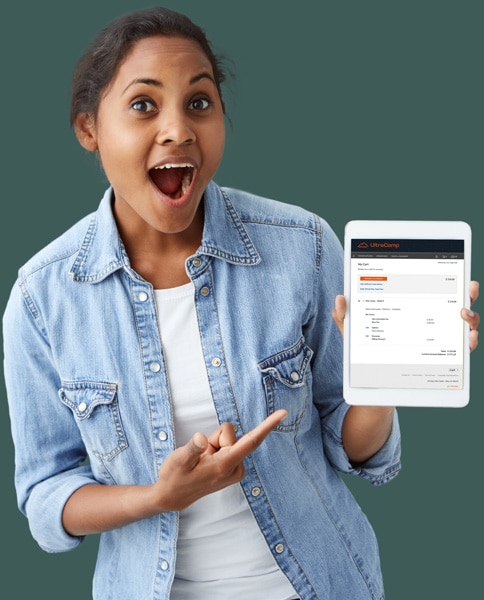 We believe in the transformative power of camp, and our mission is to support the programs that make a significant difference in people’s lives. We believe that our clients are not problems to be solved, but are true partners in success.

Subscribe to our newsletter for helpful camp tips & tricks

UltraCamp customer support is limited to camp administrators only. If you are not an administrator, please contact your camp or organization directly for assistance.

In the subject line, please mention that you would like training and the area in which you need help with.